Getting My Weekly Wacky Fix

As a self-defined seeker of the wacky, I’ve cultivated a number sources I follow online to get my Weekly Wacky Fix. These are some of the more creative bits I’ve read this week, many of which I round up every Friday in Time Traveling.

The current buzz term for this is content curation, so that must make me a content curator. I’ll take that. I’ve always liked collecting things, a close cousin to curating, and bits and bytes are no different (though they take up less space than the physical objects I collect, they are vastly more difficult to keep tabs on. More on all that in a future post.) Besides, it’s enormously fun to share cool discoveries. Do you remember unearthing a buried nickel when you were a kid, and excitedly sharing your find? Same deal now.

Roadside America featured the Rock Legends Wax Museum in Niagara Falls, Ontario, a destination that makes anyone’s bucket list. Rock Legends is a sculptural art gallery of rock superstars, including Frank Zappa, Jim Morrison, Buddy Holly, Snoop Dog, Little Richard, even Marilyn Manson—all of the wax sculptures made by 76-year-old Pasquale Ramunno, an Italian immigrant with good musical instincts, and his three Canadian-born children. If you’ve been to both of the falls, and wax museums float your boat, there’s another one nearby: the Criminals Hall of Fame Wax Museum. 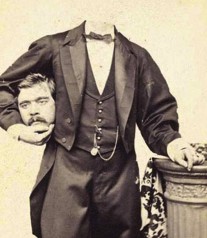 Blogger Museum Nerd, an anonymous seeker of all things museum art, tweets more often than s/he posts. This week’s blog featured the tweets of 10 Famous Artists on Twitter. Honest.

The Victorianachronists brought us Terror Tuesday: Headless Portraits from the Victorian Era. These daguerrotypes were actually fairly terrifying, as each subject’s head had been removed and/or relocated in a method that suggested some very early Photoshop, but wasn’t actually defined by the blog authors, TheVickyAs.

Mental Floss gathered 15 Historical Complaints About Young People Ruining Everything, and surprise, though these complaints date from the 17th—19th centuries (and some even earlier), they’re just as bemoaned today. In 1780, Thomas Sheridan warned of “The total neglect of the art of speaking . . . English is likely to become a mere jargon, which every one may pronounce as he pleases.” Or abbreviate into acronyms to text.

Do You Remember is a site that’s obsessed with vintage memories, retro objects and old news, from the birth of the Big Mac (1968) to the death of Chuckles the Clown (1971) and beyond. This week, in a ripped-from-the headlines near-parody, a feature on the fired freelancer who penned the headline “Headless Body in Topless Bar” for the New York Post clamored for attention amid news of Really Strange Paint by Number Artworks and Tupperware’s Vintage Catalogs, Lessons for Ladyhood: The Modern Way to Shop, and Essential Life Lessons from Dazed and Confused. (You mean that was an educational film?)

What’s Vanishing Next* traveled the interstate last week and wondered, How Can They Call It Health Camp? A popular road food stop for I-35 travelers since 1949, Health Camp serves its famous Super Health Burger (loaded with double burgers and double cheese) alongside tater tots and old-fashioned shakes so thick you literally cannot slurp them through a straw. When you’re up for a wacky fix, or just a very fine chocolate-and-peanut-butter milkshake, a road trip to Health Camp in Waco, Texas might just be the ticket. ♣

VISIT MY WEBSITE for more wacky (and much serious) fine art and photography.
*And in the spirit of full disclosure: What’s Vanishing Next is my other blog, one that sounds a visual alarm about our vanishing architecture.) 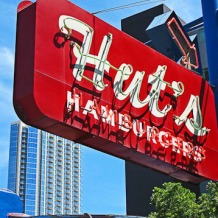 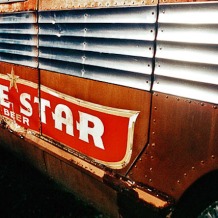 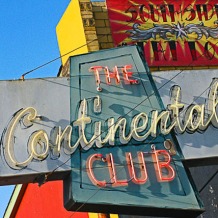 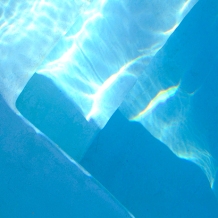 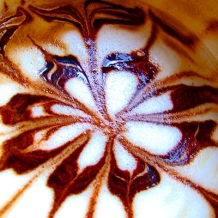 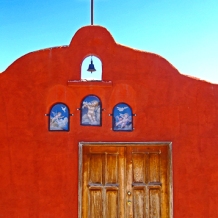