As Austin, Texas marks its 175th birthday, and as we head into another boom year for Austin development, we can take note of the lesson of the Mean-Eyed Cat for developers and local owners. It’s about peaceful coexistence between funk and swank, and as the frantic urban growth of 2014 wraps up, it’s worth revisiting.

Progress overtook the humble little bar on Austin’s West 5th Street a few years back. A yellow-clad condo rose in a wink, above the bar’s star and the explicit spelling of M E A N that dances across the Mean-Eyed Cat’s facade. 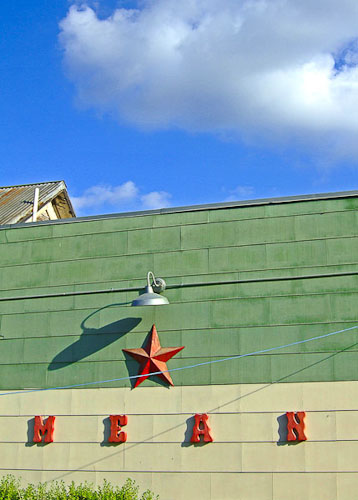 I’ve been photographing the Mean-Eyed Cat ever since I discovered it, about the time it opened, not long after I moved to Austin (as quick as I could, in 2004). That was my nod to Johnny Cash (whose song, Mean-Eyed Cat, inspired the bar’s name, theme, just about everything except its former chainsaw-repair-shop roots). In an odd twist of fate, the environment that once let the dive bar with a lot of local color be just that, a funky dive bar at the end of the tracks, began to mimic the song’s lyrics “Dear John, honey, baby, I’m long gone.”

It might have ended up worse. Owner Dave Marsh fought the developers who’d planned to raze the funky old building and replace it with swanky low-rise apartments and shops. He prevailed, and when historic designation was finalized for the bar building, development was planned to work around the Mean-Eyed Cat rather than replace it. Hence, the startling proximity of new vs. old: a modern building that ended up all sleek and swank, in contrast to the funk of a once-condemned chainsaw-repair shed that turned out to have some history, after all. 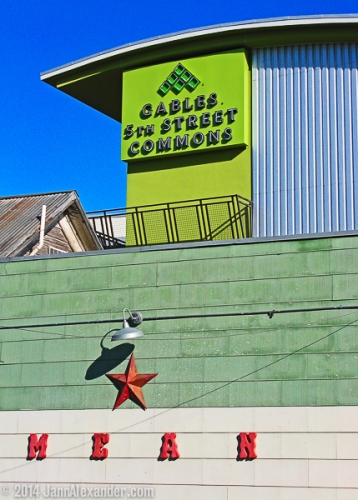 I guess Johnny would be pleased. I know I am, that local color (though now a bit less funky, and a bit more slick) and new development managed to peacefully co-exist. Turns out, it can be done, Austin. ♣

About my Vanishing Austin series: While many Austin landmarks are lost, many are survivors still. Admire them all in a slideshow, HERE. Prints start at $35.